I actually meant to draw something different this morning, and I had a whole post in my head about it. But then this is what came out instead.

That is just how it goes, sometimes. You wake up in the morning, you've got an idea, and then the idea runs away from you, screaming. It happened to me several times yesterday while I was working -- I'd had a plan, and I was pretty sure it was going to work, but then the plan told me to F-off and left me holding a bag full of kitty litter.

That turned out to be a good thing, though, because it led to a new plan. A plan I've convinced myself and others is a better plan. Today, we might look at the new one and get whiplash, or we may be like, "oh, duh." I don't know yet. It's only 6am. I probably won't know today, period, or tomorrow, or the next day.

Following flow is awesome until you peek your head out of the water and don't know where you are anymore.

And if you can't read the sign above the door in today's doodle, it says, "Work here, go anywhere."

Yes, I'm aware that the unicorn looks like a donkey. I get better at drawing them as I draw more of them.

Originally posted around March 21, 2021 on LinkedIn 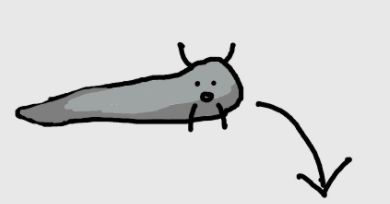 Ferraris and the school bus

I love pineapples. I've thought seriously about growing pineapples in our back yard, next to our victory garden that currently
Apr 20, 2021
3 min read
Apr
19 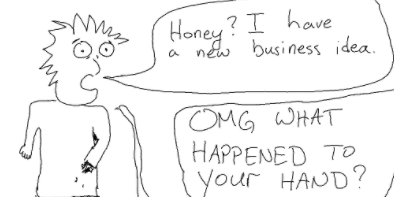 I am one of those people who comes up with a new business idea every single day. I don't execute
Apr 18, 2021
2 min read