Thanks for visiting! Subscribing is free – ad free, personal-tracking free, everything-free, and it unlocks the weekend posts as well. Thank you!

I got an idea for a book this morning while cajoling kiddo into eating his breakfast and drinking my third or fourth cup of coffee. This isn't all that special – I get new ideas every few minutes. What is special is that I decided to write this one down.

The nice thing about focusing on children's books is that they're only a thousand words or so, which I was able to write down in about an hour. The drawings are what take real time; the words are almost nothing in comparison. Besides, it's a first draft, and I'm going to rewrite it about a dozen times before I show them to anyone other than my wife (who got it as one really long email from me already).

People are usually surprised that I can just write a story during the middle of my workday. Outside of meetings, I don't really understand what stops them from doing the same with whatever their passion project is. Most bosses of white-collar employees (which seems to be most of my readers) are looking at your overall output rather than your hourly output, and sneaking in an hour for your own thing is rejuvenating.

Time constraints – like the hour I had to write that story, or the thirty minutes I have to draft this post – are a good thing. They bound what is possible. When you know you only have a short amount of time to do something, you actually do it. You don't dilly-dally thinking about what would be the best possible approach, or which tools you should use, or anything else. You have no time for anything other than action.

Sometimes, I don't finish in the allotted time. Other days, like yesterday, I take shortcuts. In yesterday's case, which I drew during one of kiddo's after-school activities for one specific subscriber who needed a laugh, I worked without color because I knew I didn't have time for that.

Still, doing a sprint and getting something on paper that I can hack to bits later is a much better way to work for me than thinking about plotlines, character identities, or any of the other things I'll have to tackle if I decide this book is worth more than the hour already committed to it.

That's the other thing about working fast and dirty: I never feel bad about abandoning work products that end up sucking, or sticking them in a (digital) drawer for much later.

Kevin's Bacon was actually something that was stuck in a drawer for years, until I had the confidence to illustrate it. Then I re-wrote it a bunch of times before publishing it. I still think it needs work, but it's also in the past. Knowing when to move on is a good thing.

That's it for today! Thanks for reading.

This get sent to you, or your first time browsing? Made it here a few times? Subscribe for free to get these sent your inbox

Thanks for visiting! Subscribing is free – ad free, personal-tracking free, everything-free, and it unlocks the weekend posts as well. Plus,
Jun 2, 2021
1 min read
Jun
01

Thanks for visiting! Subscribing is free – ad free, personal-tracking free, everything-free, and it unlocks the weekend posts as well. Plus,
Jun 1, 2021
2 min read
May
23

Chasing Down an Idea

Thanks for visiting! Subscribing is free – ad free, personal-tracking free, everything-free, and it unlocks the weekend posts as well (they
May 23, 2021
3 min read
May
22

Thanks for visiting! Subscribing is free – ad free, personal-tracking free, everything-free, and it unlocks the weekend posts as well (they
May 22, 2021
1 min read
May
21 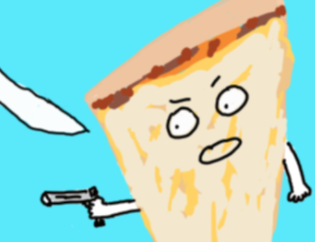